The story so far, in brief

Smita is married to Abhijeet. Its a murder not a marriage. Smita meets Saurabh. Saurabh is in an open marriage with Shipra. He woos Smita. Smita gives in to his charm and at last sleeps with him. But regrets it since their love making becomes a common topic of discussion in Shipra’s social circle. Smita is agast that Saurabh told Shipra intimate details of what all they did while making love. Shipra tells Smita that Saurabh talks about every woman he beds. He is very open and truthful with me. Smita decides to part with Saurabh. A few months pass. She and Abhijeet have gone to a hill station to get their son Aarav admitted in a boarding school. Smita suddenly starts enjoying nature in the hills. She after long begins to miss Saurabh terribly. As if by telepathy Saurabh learns of her yearning and sends her a loving message after long. Smita cannot control herself and agrees to meet him in Delhi, the next day. Her trusting indifferent husband Abhijeet lets her go.

A woman’s journey is like a river. A river is beautiful, mischievous, mercurial filled with many bends and curves, which it has to negotiate as it proceeds on its journey to meet the Ocean.

So is the woman.

But where was Smitha proceeding? Who was the sea in her case in whom she wished to merge ? Was Saurabh her ocean? Well if he was, then this ocean was full of storms.

But after coming back from the mountains Smita wasn’t even thinking about her future ! She knew that she had two free days in Delhi before her husband Abhijit came back and she wanted to make the most of it with Saurabh. After all it had been a few months since she and Saurabh had parted ways. She was like a bird flying across seven Seas to meet her lover.

When she reached Delhi she wasn’t thinking rationally, nor was she feeling any emotion, except some kind of nervousness at the thought of meeting Saurabh. It was as if she was an addict and had to get her fix, yet at the same time she wasn’t sure of the dealer. Whether he would give her the right fix. But the thought that she could OD with the drug named Saurabh, didn’t bother her. She just needed him so badly.

She had thought that she had pushed Sourabh in her past, but the fact remained that each day she had struggled to block him out of her thoughts and her mind and that had wore her down. She was feeling jubilant that she had two days away from her husband Abhijeet, to spend with Saurabh, but deep down in her heart she knew that she had been defeated. When a woman strays in her marriage, she cannot expect to be a winner. Similarly Smita felt she was now going to be at the mercy of Saurabh, but didn’t care. She had accused Saurabh of telling his wife Shipra intimate details of their love making, but now she cared two hoots whether he told Shipra or the whole world about what they did in the privacy of a room, as long as he met her and made love to her. She did not even think “Oh my God what am I thinking? Have I gone crazy?” She did not have any objectivity left about the next two days. Or the days that were to follow.

Saurabh picked her up in a lane close to her home, smiled at her and drove on wordlessly. He kept looking at her from time to time, but did not say a word. Smita did not have an inkling about where he was taking her. It was overwhelming that she was sitting next to him and he was driving. The next twenty minutes passed as if she was trying to work out the thin line between dream and reality. Two days back she couldn’t have imagined that she would ever meet Saurabh, leave alone sit next to him in his car. ‘Wish we reach wherever he is taking us. I don’t want his eyes looking at the road, they did rather be looking in to mine.’

Saurabh turned the car in to an apartment building and drove to an underground park. He parked the car in an empty slot. Smita looked around at the unknown surrounding. Saurabh now had eyes only for Smita.

“It’s a friend’s place. He is out of town and before he left he gave me the keys.”

‘Because he knows that you will bring your girlfriends here.’ Smita wanted to say, but didn’t. ‘How many of them have you brought here since we parted ? Or let me be direct. How many did you sleep with since then ?’ She refrained from asking even this. She didn’t want to pollute the atmosphere. Actually she didn’t care about how many women he had slept with in the past couple of months, as long as he spent the whole day loving her. Holding her tight and she could bury her face into his chest. Forget that anyone else existed, except the two of them.

By now they were in an elevator. He was looking at her, but she was suddenly feeling shy. He moved close to her and her heart started beating faster. He brought his face close to hers and she could smell his breath. The blood started rushing from her heart to various parts of her body. Her breathing became shallow. She looked in to his eyes. It was a moment to die for. She didn’t mind dropping dead right now. But the elevator stopped and the door opened. He led her out in to a corridor and stopped outside a flat. He already had the keys in his hand. He unlocked the door. It led to a beautiful apartment. Smita noted that the drawing room and the bedrooms were spic and span. ‘Either someone is cleaning up the entire apartment everyday or you like to keep it this way so that every woman you bring here immediately gives in to your charm and taste.’ She didn’t say this too.

As if reading her thoughts he told her “I got it cleaned yesterday because I knew I would be bringing you here today.”

She got her answer. Or rather decided to accept his version of having got it cleaned yesterday, because it touched her heart. The other amazing part was that he had still not touched her, i mean physically. Was he trying to send out a subtle message that he wasn’t with her only for her body. Instead there was much more to their relationship. This was certainly a relationship statement, she concluded. That he wasn’t treating her like the rest of the women he went out with. He was treating her with respect. He respected their relationship.

‘Oh God what am I thinking ? I want his arms around me. I want him to crush me in his embrace. I want his lips on mine.’

She didn’t say this aloud once again, instead she turned towards him and threw her arms around him. Crushed her lips on his. Started kissing him. Her tongue exploring his mouth. When they finished kissing, he said, “I don’t want you to think that I meet you only to sleep with you. I can do without it, if that makes you happy.”

This made him doubly attractive for her. She kissed him passionately once again. Then holding him by the tie she led him to the bedroom. Then threw him on the bed and fell right on top of him, making him laugh. She began to take off his tie and unbutton his shirt. She threw open his shirt. Then looking at him, began to unbuckle his belt. Drew it out of his trousers with a vengeance and then started to unzip his trouser. He helped her now to dis-robe him. After he was completely undone she looked at his hardness and smiled. Covered her mouth and laughed with joy. He said, “I have missed you. This is ample proof.” She took it because it gave her joy. Then she undressed with his eyes watching her closely. Ultimately she was undone too. Now for the first time in her life she mounted a man and initiated the love making. When she took his manhood into her body she remembered the hills, the clouds and the rain splattering her face. She felt totally empowered to make love the way she wanted to, at the pace she wanted to, and this again for the first time in her life. God she had missed him, his muscled body and the tender look in his eyes. She kept making love to him, looking in to his eyes, and suddenly exploded within herself. Her entire body shook. Panting she fell down on his body. Holding her tight he whispered “Welcome back.”

Shipra (Saurabh’s wife ) was with her Guru ji. Smita had met him at their home. He was telling Shipra and her friends,

“Why are you laughing Shipra ? Would you like to share your joke with us ?” Guruji asked smilingly. Shipra barely managed to control her laughter and said, “It seems Saurabh has multiple soulmates. He is living with one.” she pointed to herself. “And screwing so many other soulmates.”

All her friends including the wise guru burst out laughing. Shipra continued,

“Until yesterday he was going around with a twenty plus year old girl. Last night he told me that he had broken up with her.”

Her friend Sunita said, “Good for you.”

Shipra through her peals of laughter managed to say, “Nothing good …for me. He…must have had a new one coming today. Or perhaps an old flame coming…back.”

A roar of laughter followed.

You may like to check out his new book “The Secret law of Blessing” on Amazon. Click the link below : Now available in hindi too. On Amazon and Flipkart. Click on any of the links below : 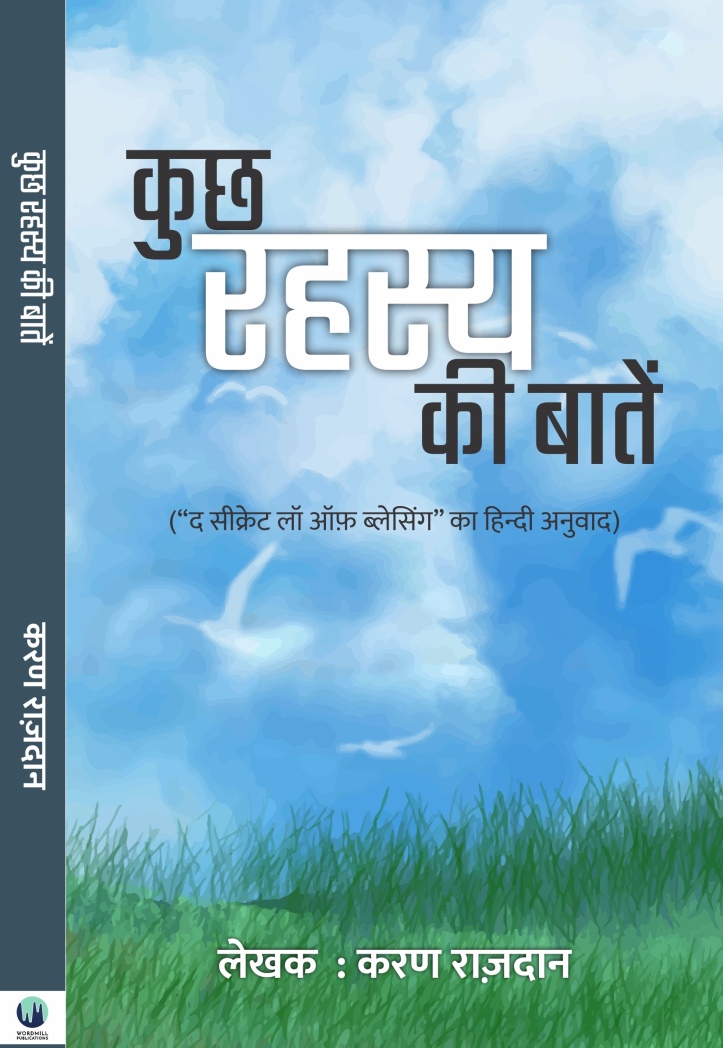 This is a text widget. The Text Widget allows you to add text or HTML to your sidebar. You can use a text widget to display text, links, images, HTML, or a combination of these. Edit them in the Widget section of the Customizer.